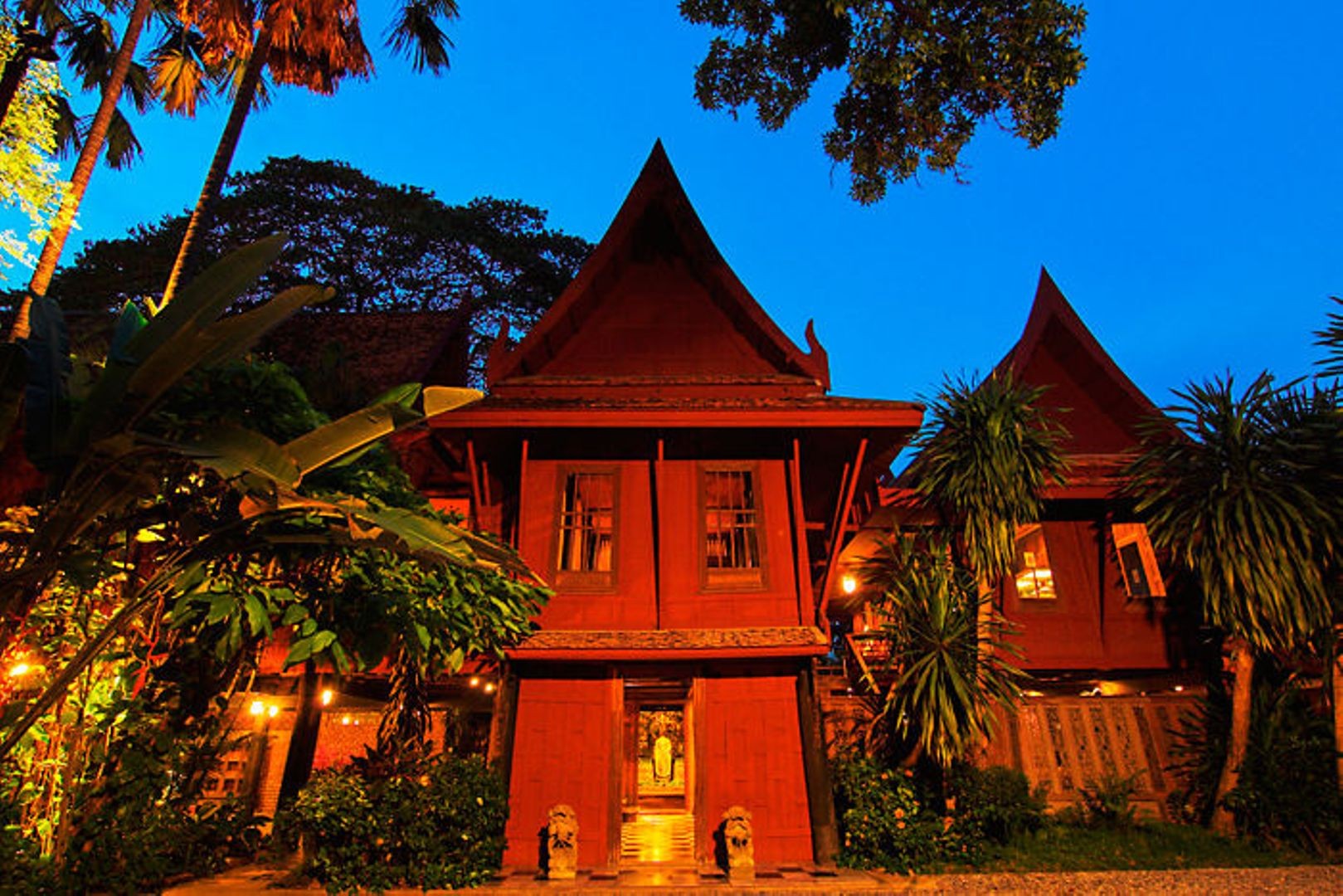 View all photos
Book a room

Thompson’s house is exceptional. Full of history and precious collections from South East Asia, this designer’s house is definitely worth a visit during your stay in Bangkok.

Jim Thompson (James Harrison Wilson Thompson) was an American designer, silk seller, and business man. Graduated from University of Pennsylvania in Architecture, he had his main interest in art. However, during the World War II, he worked as a staff of American Office Strategy Services. He worked around the world such as in Europe, Africa, and South East Asia. After the war, he started to develop an interest in silk industry in northern Thailand. Therefore he settled down in Bangkok, became a silk business man, and presented Thai silk product to his home country, America.

Apart from a silk designer, he was also an investor in Arts and jewellery industries. He travelled to Cambodia, Thailand and Burma to purchase and collect a plenty of marvelous art piece. At the peak of his business career, however, he ended up losing in the woods in Malaysia. His body has never been found. There are rumors about his disappearance, for example, he had committed suicide, he was killed by his rivals, or he was just lost. But the latter seems unlikely since he was once an experienced solider during the war.

Nowadays, The Jim Thompson House is located at Sansaeb Canal in Patumwan district opens as the museum. His Thai house made from teak wood is simply luxurious. According to Thai architecture, the house was built without any nails and the decorative elements in the house were craved in beautiful Chinese style. Inside the house, there are his collections including ancient sculptures, paintings, porcelains, maps, and many more. Just only 3 kilometres away from this Sukhumvit hotel, please ask our hotel staff at concierge for any further information on how to get there.

Stay in touch and connected to all the news and happenings.

The best of AccorHotels with Accor App Close