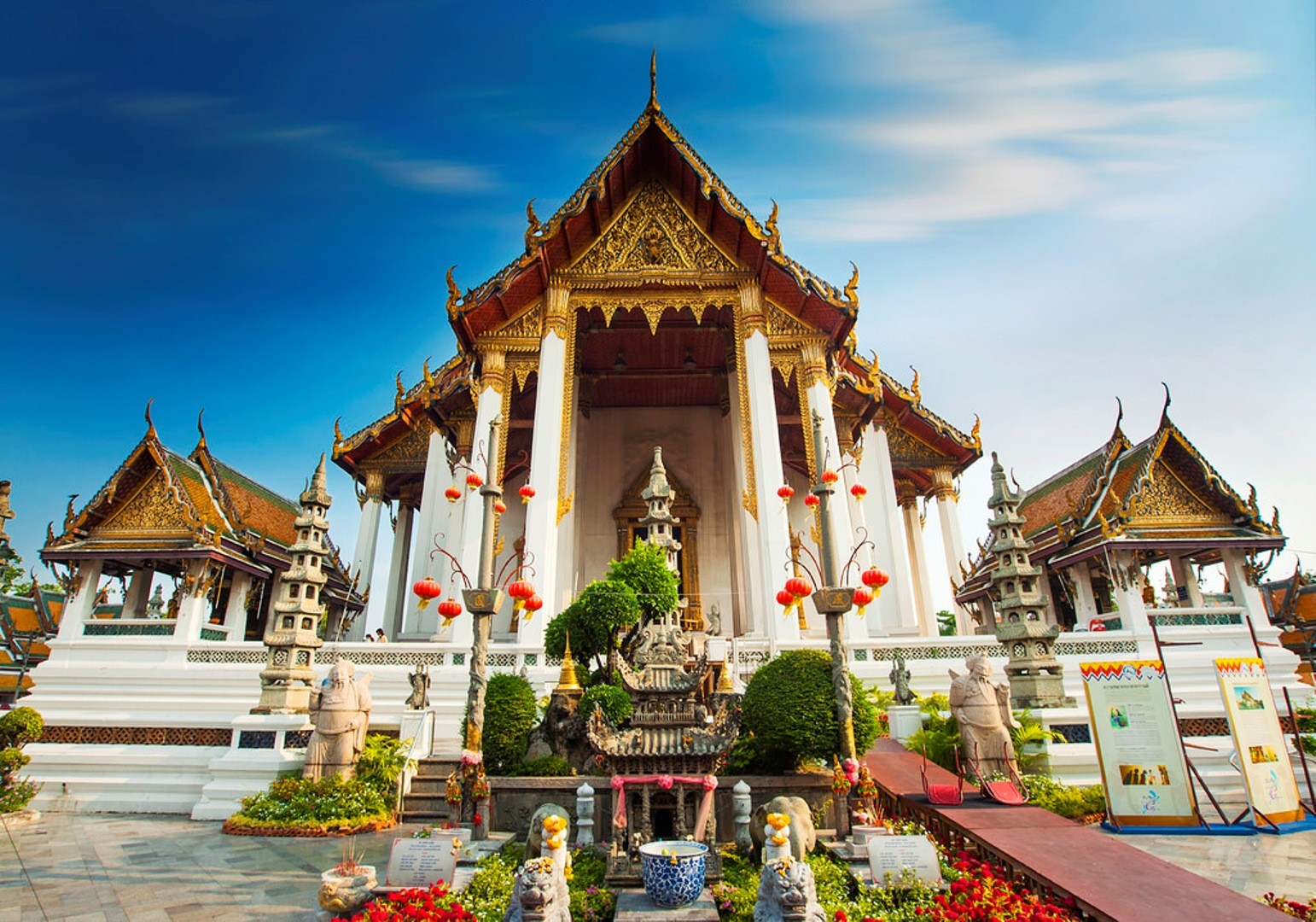 View all photos
Book a room

After visiting Bangkok’s landmark “The Giant Swing”, you may also would like to visit Wat Suthat which is located just behind the red Giant Swing or Sao Ching Cha. Wat Suthat was constructed in the early 19th century. It is not only awarded by UNESCO as the World Heritage Site but it is also the first grade royal temple because of its magnificence.

Suthat Temple was constructed to project the centre of the heaven in Hindu belief which is the Suthat Mountain (It might refer to Mount Everest in modern days). Built for 50 years, the temple is gigantic and full of fascinating statues and drawings. Inside the main chapel of Wat Suthat, there is Prah Srisakayamuni which is the 25-foot tall Buddha statue. It is the biggest and one of the oldest statue in Thailand as it was built in 13th century during Sukhothai period.

It is not an overstatement to say that you might not be able to take your eyes off the beautiful wall paintings inside the temple. Painted in combination of traditional Thai and Western techniques, the mural paintings partially detailed ancient Indian legends and events such as Ramayana, Buddha’s incarnation, the King and royal family’s role and lifestyle, the nobles and commoners’ daily activities, and so on.

Don’t forget to take a close look at the doors! There are door paintings in Suthat Temple covered by gold foil. They portrait activities of angels and God in the heaven based on ancient legends.

Only 20 minutes from Grand Sukhumvit Hotel Bangkok, if you are interested to go, the entrance fee is only 20 baht for visitors. It opens from 8.30 a.m. to 9.00 p.m. For more information, our staff at the concierge will be more than happy to help you.

Stay in touch and connected to all the news and happenings.

The best of AccorHotels with Accor App Close